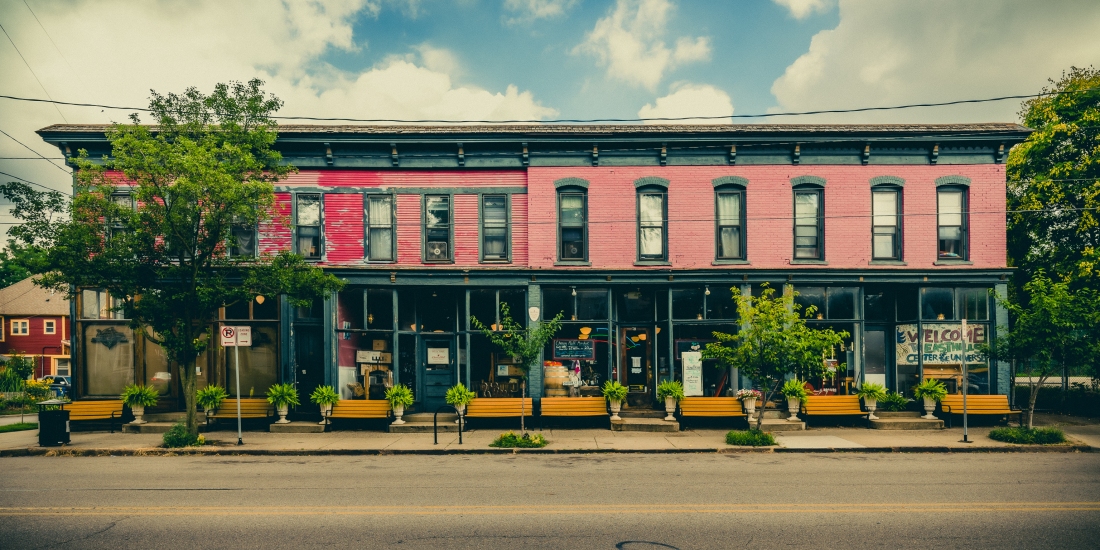 This weekend I photographed along Cherry Street in the East Hills neighborhood of Grand Rapids. I also went out with my drone for a bit Saturday evening to photograph the sunset over East Grand Rapids. (That’s the “plus.”).

First the “Plus” and then Cherry Street.

Here are my three favorites from East Grand Rapids. The first image shows off Reeds Lake, particularly a dock with boats and a restaurant. The colors are nice, and the image feels like the best of summer. The second and third images feature the business district in East Grand Rapids–AKA “Gaslight Village.” In little further west you can see a hospital, and in the distance downtown Grand Rapids. The sky was incredible.

The first two images from Cherry Street are near the corner of Cherry and Diamond, a small business district with a lot of restaurants and pubs. I like the first image for the lines and the cloud. The second image is about the mix of details inside the store window and reflected in it. I waited for some movement, and soon had someone on a bike going through.

Finally, a couple of images from Cherry Street a bit further West, just past Eastern. The old building is a classic from the 1890s. The window-reflection image shows a bit of the street.