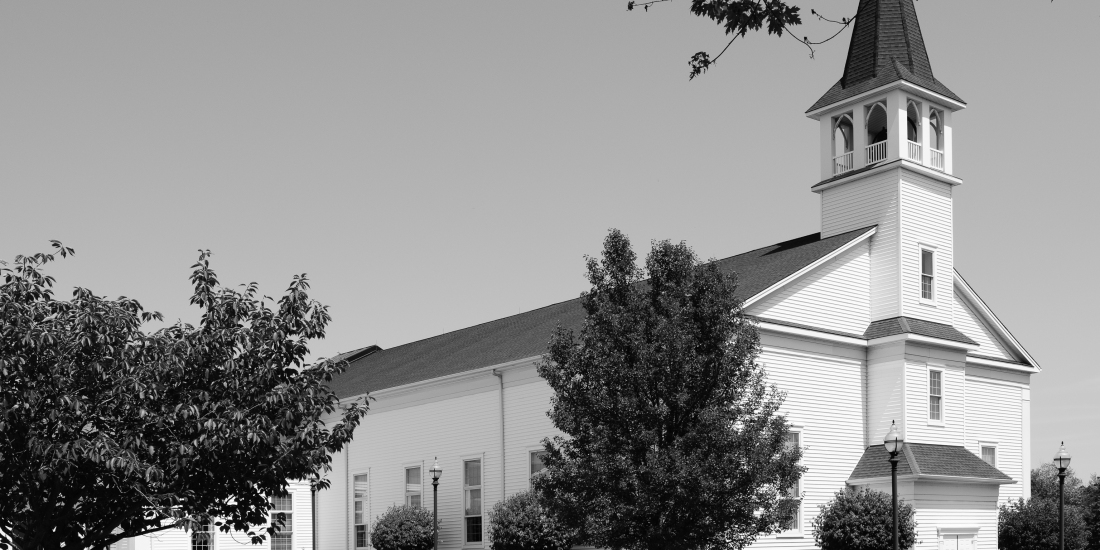 This weekend I went back to the Zeeland-Holland area and rephotographed two more Christian Reformed churches built by Dutch immigrant “kolonies” in the mid-to-late-nineteenth century.

The first was in Zeeland. North Street Christian Reformed Church in the downtown area of Zeeland was designed and built by G. and J. Daverman (1908). The Davermans did a lot of the churches in West Michigan during that era. The church sits across across the street from the Zeeland Museum, which originally was built in 1876 and was the house of Dirk Dekker, an early resident.

There once was a parsonage next door, as the old picture shows. As often happened in the mid-to-late-twentieth century, the church removed the parsonage and added meeting and classroom space onto the original church structure. 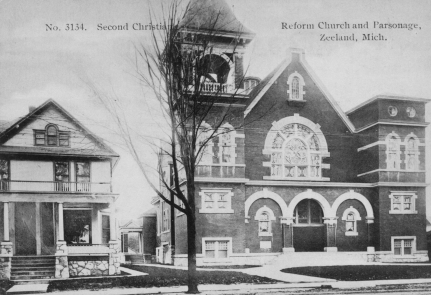 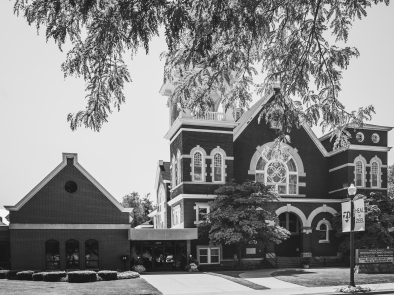 I choose not to make the framing of my image exactly the same as the historic image that I was rephotographing. I wanted to show the extent of the current structure. You still cannot see the steeple, however, as a tree branch is in the way.

After getting my shots of North Street CRC, I headed south and west to Graafschap CRC. Here I had two old images to work with, one from the late-nineteenth century (1890s?) and one from the mid-twentieth century (1930s-1950s). In each case, the original is on the top, and my rephotograph on the bottom. Again, in my image, I did not try for exactly the same framing. Instead I balanced similar framing with showing off the building, working around trees, property lines, and the street. 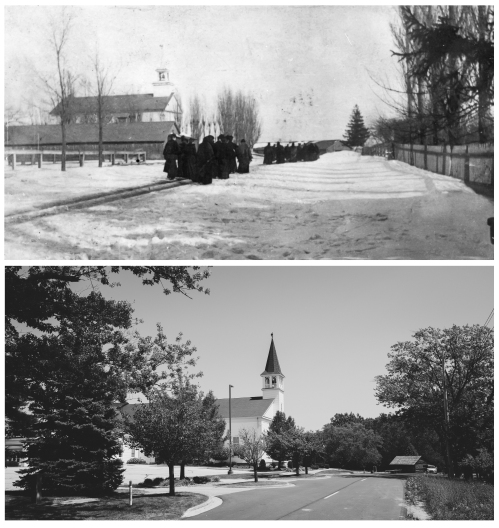 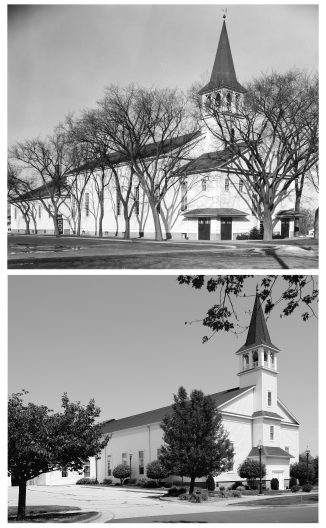 You can see that the original structure of the church (1862) has been renovated several times in the twentieth and early twenty-first century, not just with additions, but changes to the steeple and front face of the building. In the back of  my image (bottom image, first set, on the right), you can see a replica of the original “log” church (1849) of Graafschap CRC.

Today, The front entryway is a good deal smaller, with one set of doors. And the steeple is more prominent. My guess is that in the latest addition/renovation, in addition to adding to the building, the architects and builders restored the steeple and front face to something closer to the original. I also wonder whether the front no longer is a main entry point into the building. There also look to be skylights on the back end of the church. (Check out the roof line, far right of the bottom image, second set.)

Both buildings are sites of historic value. But neither is a museum piece. They continue to be living church communities.