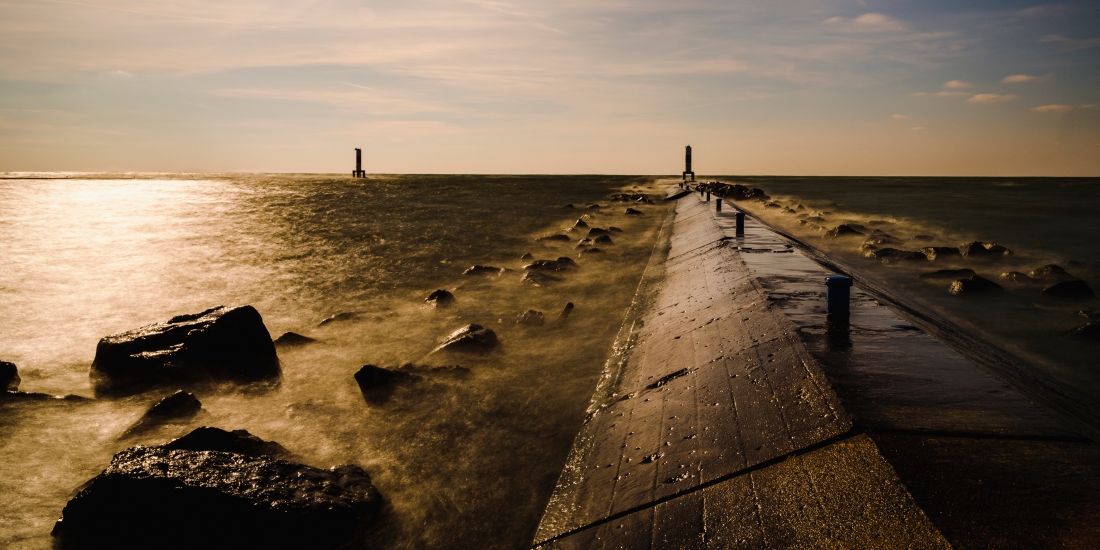 The sun and clouds and winds yesterday afternoon inspired me to drive out to Holland State Park and see what was happening on the water of the big lake.

I found a variety of people braving the cold, brisk wind. Some were walking around the pier and breakwater area. Others were on the beach. And a few brave souls were on the water with kitesurfing.

The waves were not as violent as a few weeks ago in Grand Haven (or yesterday in Grand Haven, as reported by one old duffer who chatted me up as I photographed). But they were impressive.

You won’t see direct evidence of the waves in these photos, as I was playing with long exposures. But you can see the “smoke” on the rocks in the first image. The second is a black and white rendering of the same walkway from a different angle.

In these images, you can see the two modern lighthouses at the ends of the breakwaters (i.e., not the old “Big Red” lighthouse nearer the shore). While I was setting up the first image, a couple of guys walked up the breakwater with their kitesurfing gear and took off in the water. 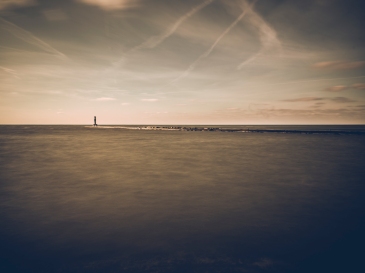 Here’s an old picture of the “Big Red,” one I took back in March 2016. You can see people fishing and one of the modern lighthouses in the distance. 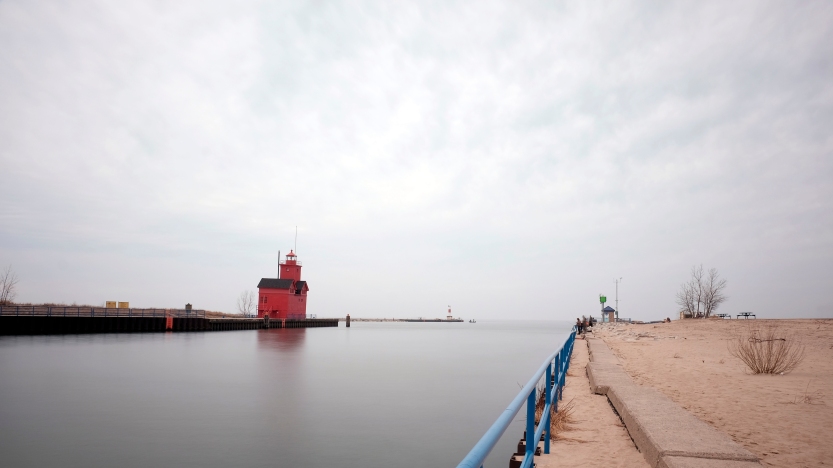 This last one from 2016 was at the tail end of the winter; today’s are at the beginning. I plan to go back mid-winter to see the ice build-up.