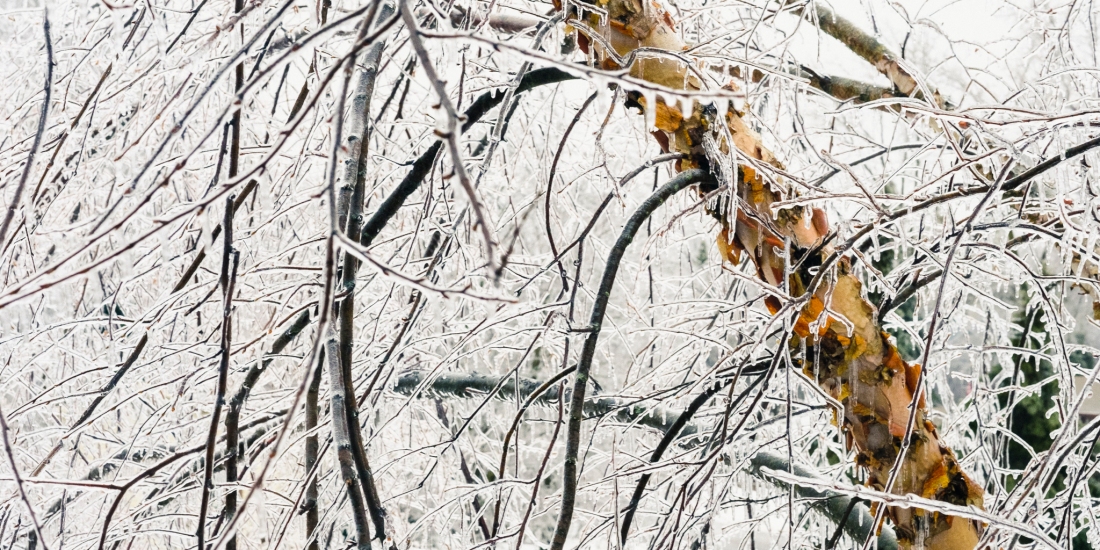 The reprieve after last week’s Polar Vortex–A.K.A. “Snowpocalypse” and “Snowmageddon”–did not last long. But it was pretty.

An ice storm settled over Grand Rapids Tuesday night, Wednesday, and into Thursday, followed by temperatures as low as 10 degrees Fahrenheit on Friday and Saturday. Trees and branches and power lines down everywhere. Showers of ice. Houses dark and cold all over the place.

Over 150,000 Consumers Energy customers lost power in the second half of the week, with about 20,000 still without power yesterday and a little of 10,000 today. The governor declared a state of emergency.

We lost power three times–3:30am to 1:30pm on Wednesday, 9am to 1pm on Thursday, and then 3pm Thursday to 11pm on Friday. By the Consumers Energy restored power late Friday night, the house was down to 40 degrees Fahrenheit. I was wondering whether I should shut off the water and drain the system or trust that letting the water drip in several taps would keep the system safe.

Then, when I drove back to our house to check the temperature, from where we were staying, with friends who had power, I saw Consumers Energy trucks in our neighborhood working. A half hour later, the power was back on.

A shout out to the crews from Consumers Energy–and emergency support from other states–still working hard in difficult conditions.

Here’s a few more pictures during and after. 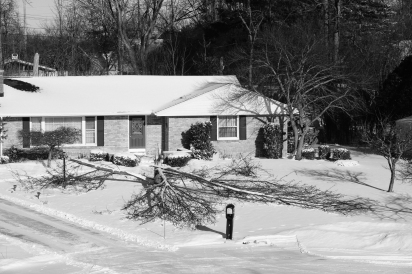