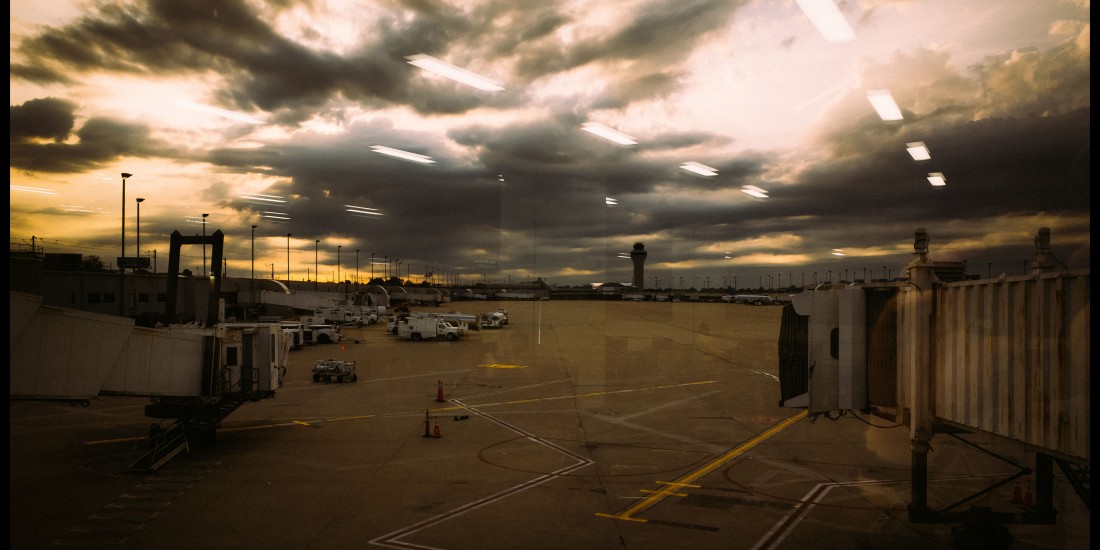 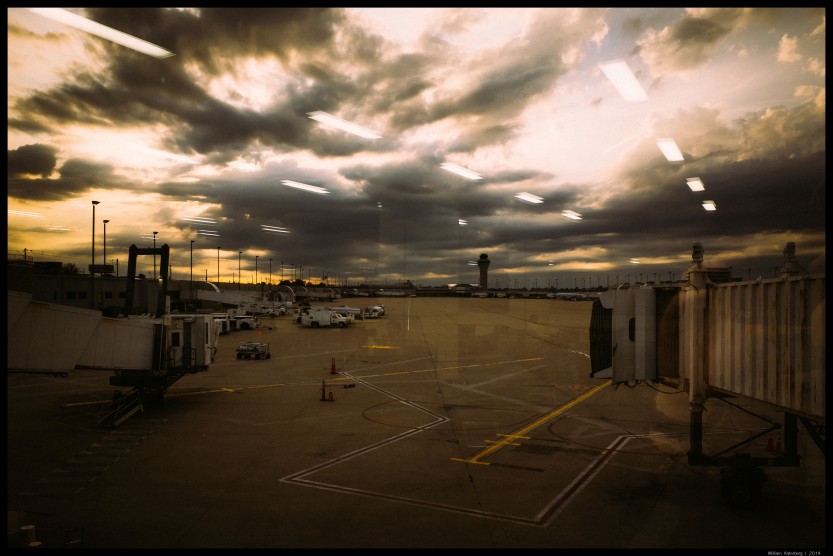 This week I spent three days in St. Louis, at a conference for new department and division chairs at colleges and universities.  It was a packed couple of days, as they kept us busy from 8:00am to 5:00pm and encouraged us to have dinner with other attendees so we could share war stories about the travails and traumas and (hopefully more than occasional) bright spots in our jobs as chairs. I managed to find a nearby pub with a decent variety of excellent locally brewed beer, where I did research for one of my hobbies. “Art of Neurosis,” a double IPA from 2nd Shift Brewing in New Haven, MO, was the best of the bunch.

In between all this I managed to get a few good pictures, from the window of my plane, a hotel window, a window in a quiet concourse at the St. Louis airport, and occasionally outside. My two favorite both focus on scenes outside but have reflections from the window that ghost part of me and other objects and light from inside. One, the “cover” image for this post, is a sunset at the airport; the other, below in the gallery, shows part of downtown St. Louis with the city’s famous gateway to the West arch in the background. I darkened both some, and juiced up the contrast, to better capture both the light and shadows outside and the reflection of what was inside.

The other two photographs don’t have reflections, but seemed interesting to me.  One is a shot of the Mississippi River and St. Louis from the air, overlooking an industrial section of the city. The other is the facade of the Sheraton City Center, the hotel where I stayed and where the conference was held. The original building was constructed in 1929 as a warehouse and turned into a hotel and condo building in 2001, as part of an urban development project meant to save city landmarks. It has a marvellous peace  “trompe l’ oeil” mural on its facade, created by muralist Richard Haas and inspired by World’s Fair held in the city in 1904.

St. Louis from a Hotel Window 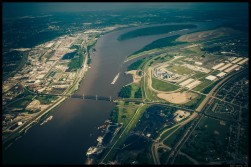 St. Louis and the Mighty Mississippi

Facade of the Sheraton City Center